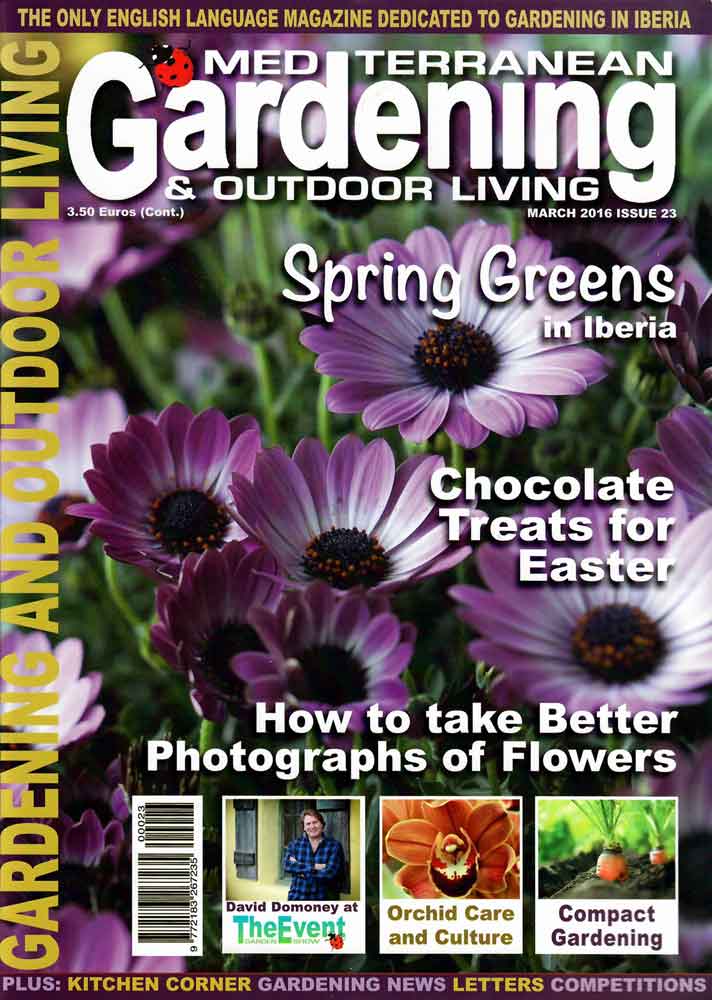 You may have an understanding of both of these great garden plants but are you aware of the many new introductions being bred and introduced by a plantsman in the UK ? Lets take a peek at some recent introductions and see if these don't wet your appetite to try some in your own garden or as many people do grow them perfectly well in large patio containers.

Agapanthus are known to add drama and excitement to your borders, with familiar globose flower heads on elegant stems, mostly in shades of blue that appear in July & August. Tolerant of a wide range of soils from chalk to clay so long as they are not in boggy conditions in winter. Originally from South Africa and often called the Blue African lily. They are also very amenable to Pot culture but need good fertilization in subsequent years to maintain good flowering.

Rod Richards of New World Plants has been crossing the main specie praecox with a pendulous type called inapertus and raised some great new hybrids that have numerous flowers on each flower stem, often having a semi pendulous shape which are beautiful in their own right. These crossings however has led to some astonishing colour breaks !!

Agapanthus ‘Silver Lining’ has numerous flowers on every stem that are silver white with a pewter grey stripe on the inside and almost silver in bud before they open. Stems are approx. 75cm tall. A real show stopper and good also as a cut flower!!

Agapanthus ‘Lilac Lullaby’ is being introduced this year for the first time, again has a semi pendulous flower head with lots of lilac – lavender tubular flowers approx. 75cm tall. Such a unique colour for an Agapanthus and worth adding to your wants list ! 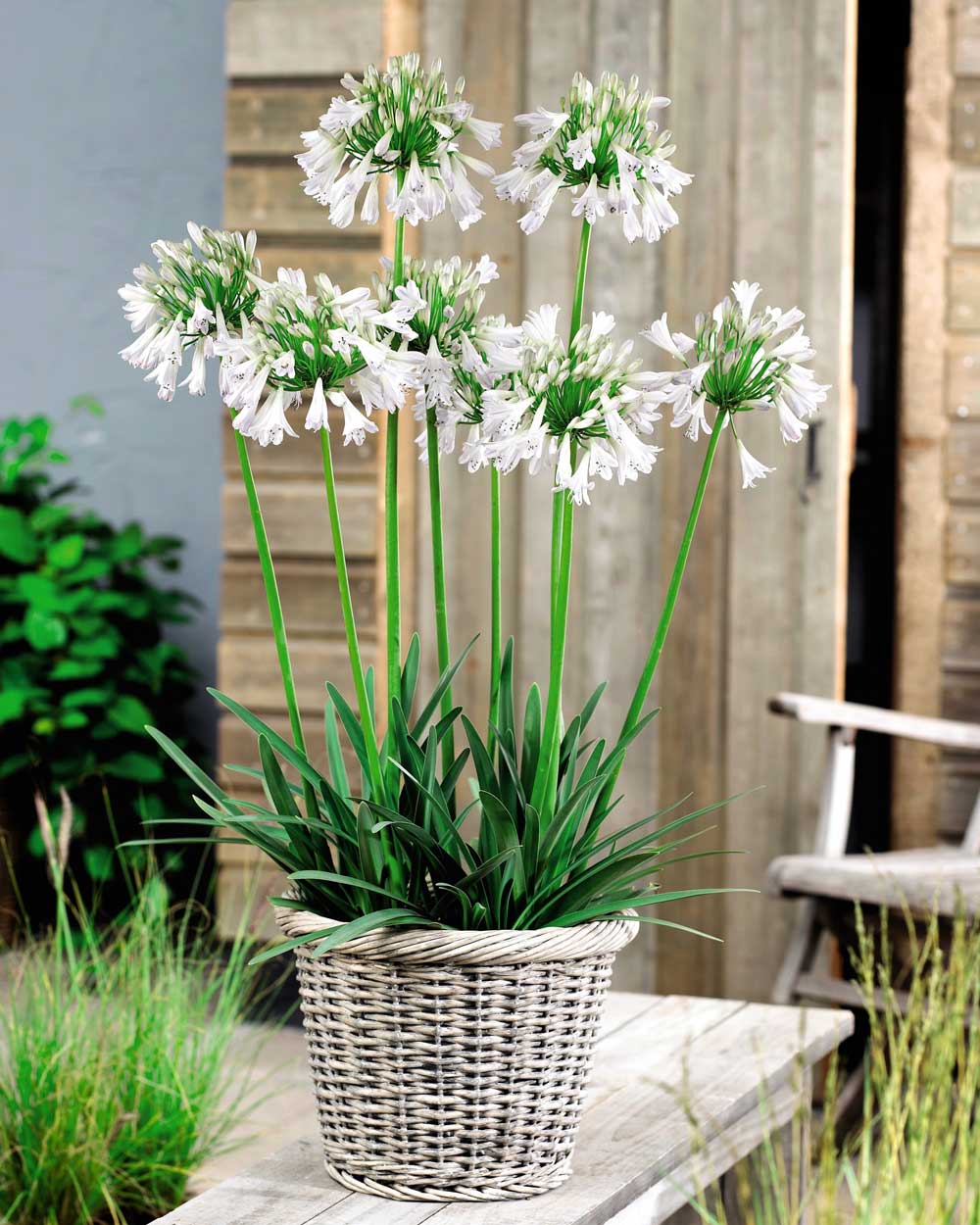 Above and Below:
Agapanthus 'Silver Lining' 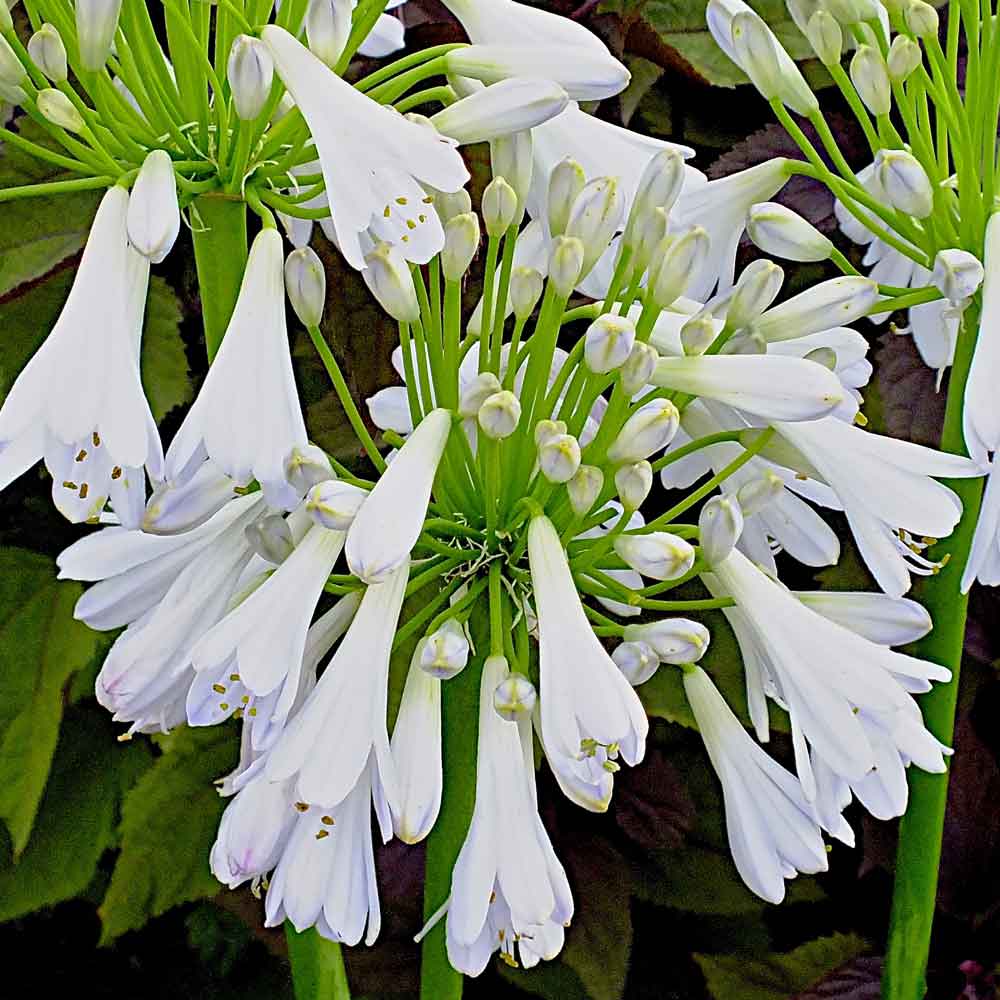 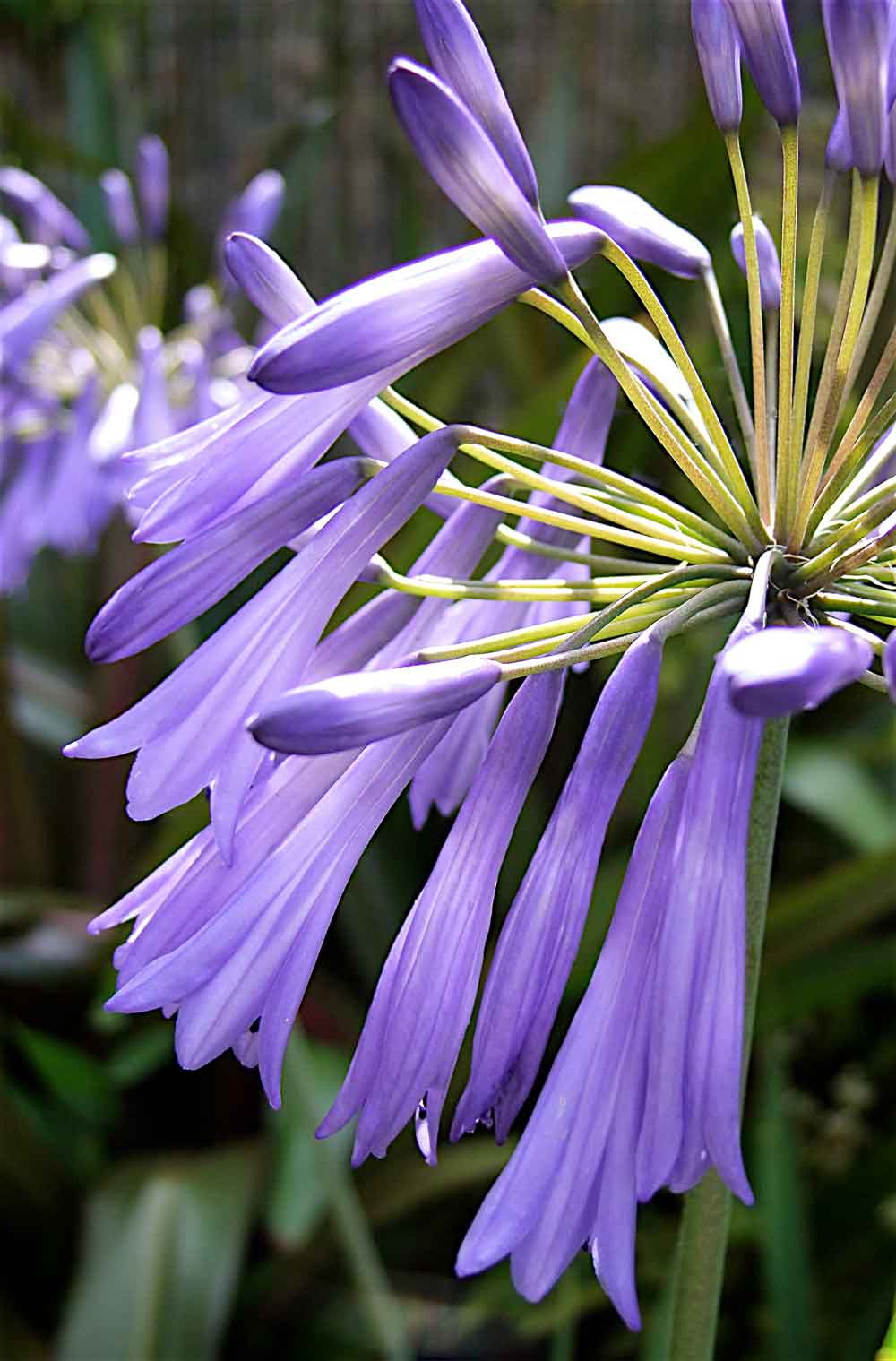 Agapanthus ‘Star Dust’ is part of a series of three very different varieties ( Star Quality and Star Gazer being the other two); this one stands out in the crowd being intermediate in height (approx. 45cm) lots of flowers per stem and almost ink blue when in bud. The exciting display is unfolded when the blooms open and reveal a pale blue center with a dark stripe down the middle of each flower. Each plant yields several flower spikes when mature. 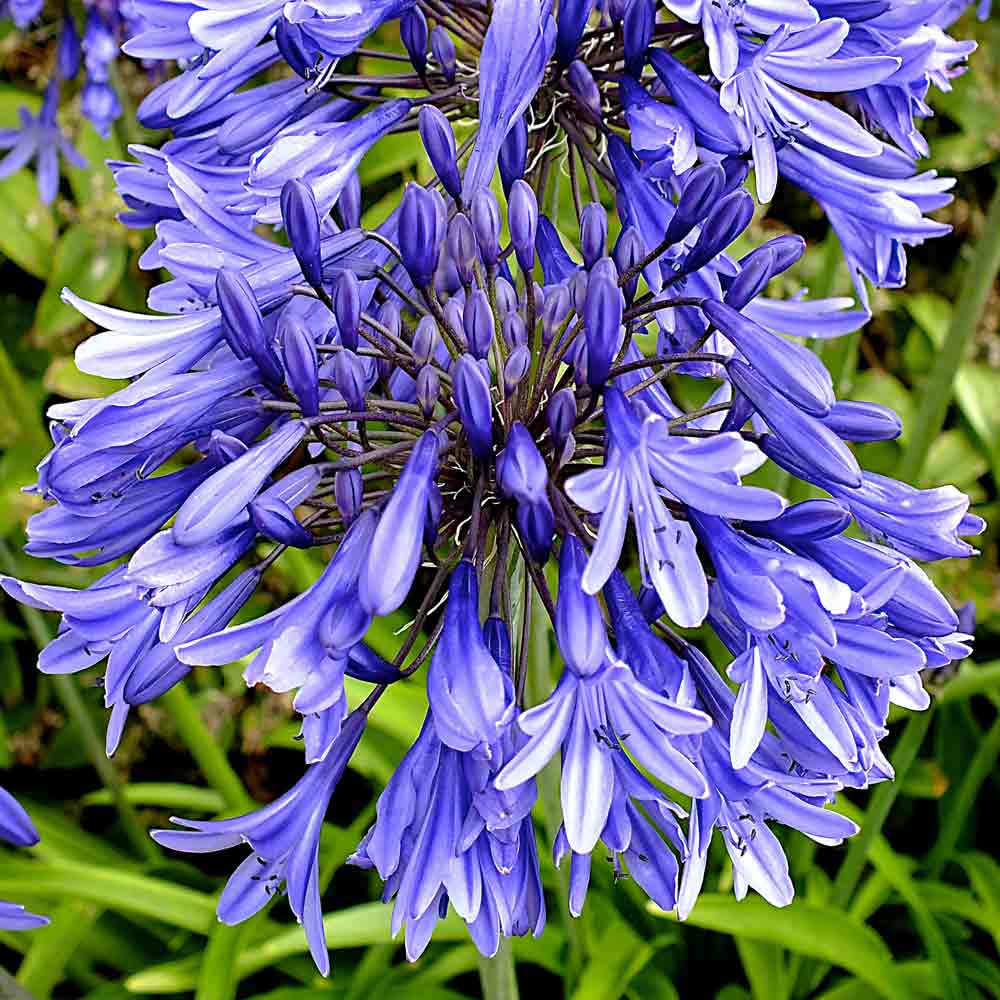 Salvias in particular the perennial types have wowed garden enthusiasts for years as they add long continuous flowering to borders when most other things have fizzled out! They are a great attraction for bees and butterflies too which adds interest and encourages wildlife.

Salvias do best in sunny borders and can compliment patio pots with many other plants and can even add a touch of class to sub tropical borders. This group of plants is renown for having over 700 species worldwide but many of them are not hardy and must be protected during the winter months.

Rod has been working with Salvia enthusiasts in different parts of the world and has introduced lots of new exciting varieties in recent years and has a great line up to follow, here are a few stunning selections to make your jaw drop !

Salvia ‘Amistad’ is a sterile hybrid with the most amazing colour combination you could imagine! Amistad comes from the Spanish for Friendship and is something it lives up for as anyone who sees this in your garden will want this but remember it has plant protection ! It's a variety that responds to pinching to keep in shape and restrict height as it will get to over 1.5m left on its own! Numerous flower spikes each with many violet purple tubular flowers erupting from a black calyx. Great for humming birds too am told! It has a tuberous root stock and so if it goes dormant in winter it will come back up again late spring. 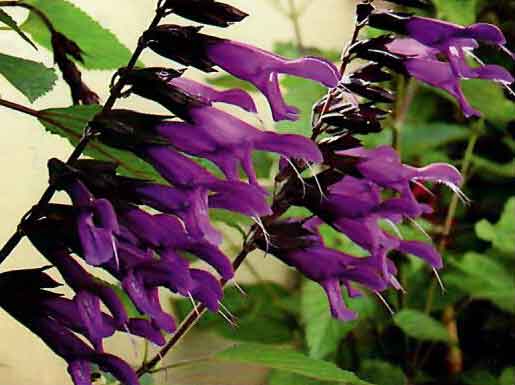 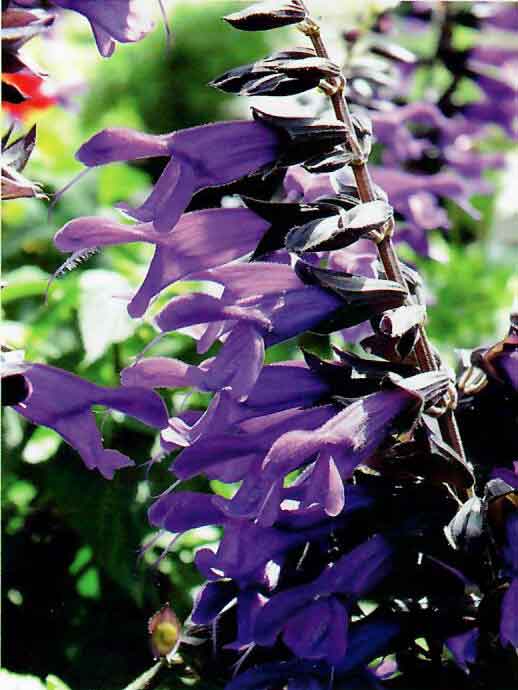 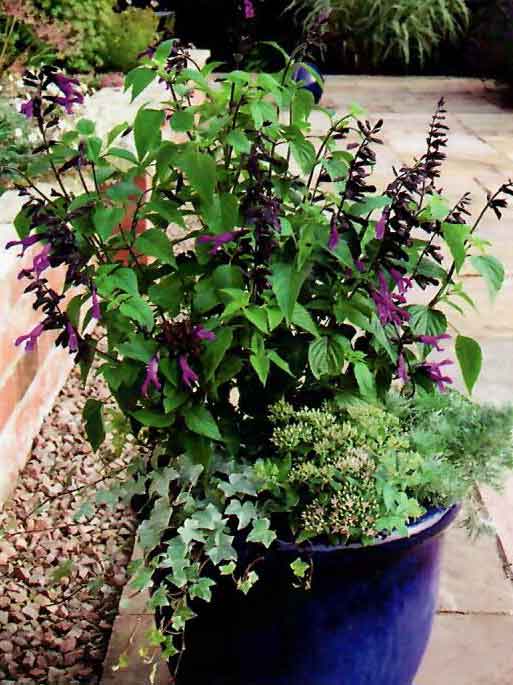 Salvia ‘Joy’ must be the prettiest release in the last couple of years, a greggii hybrid making a neat shrubby like bush of fresh green oval leaves and producing almost until first frosts, masses of bold yet dainty flowers with pretty deep pink throats and pale pink lips, such a beautiful mix. 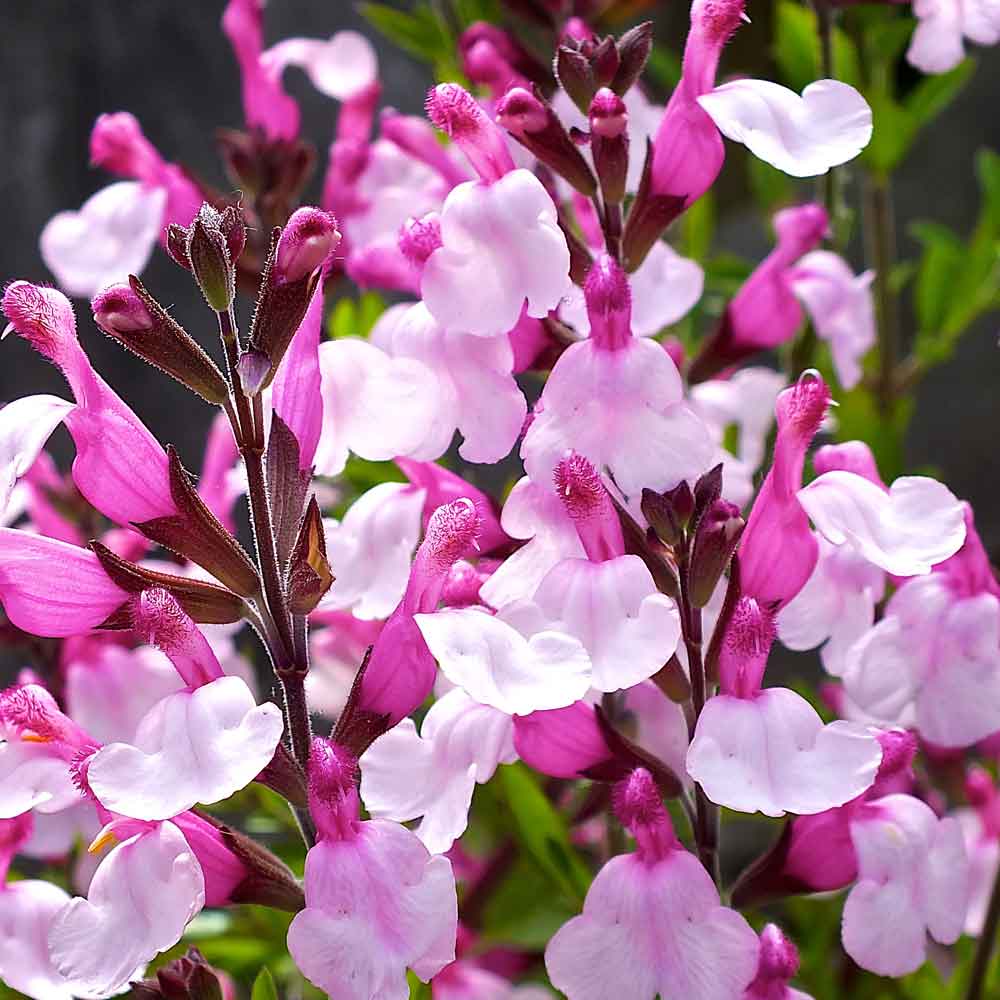 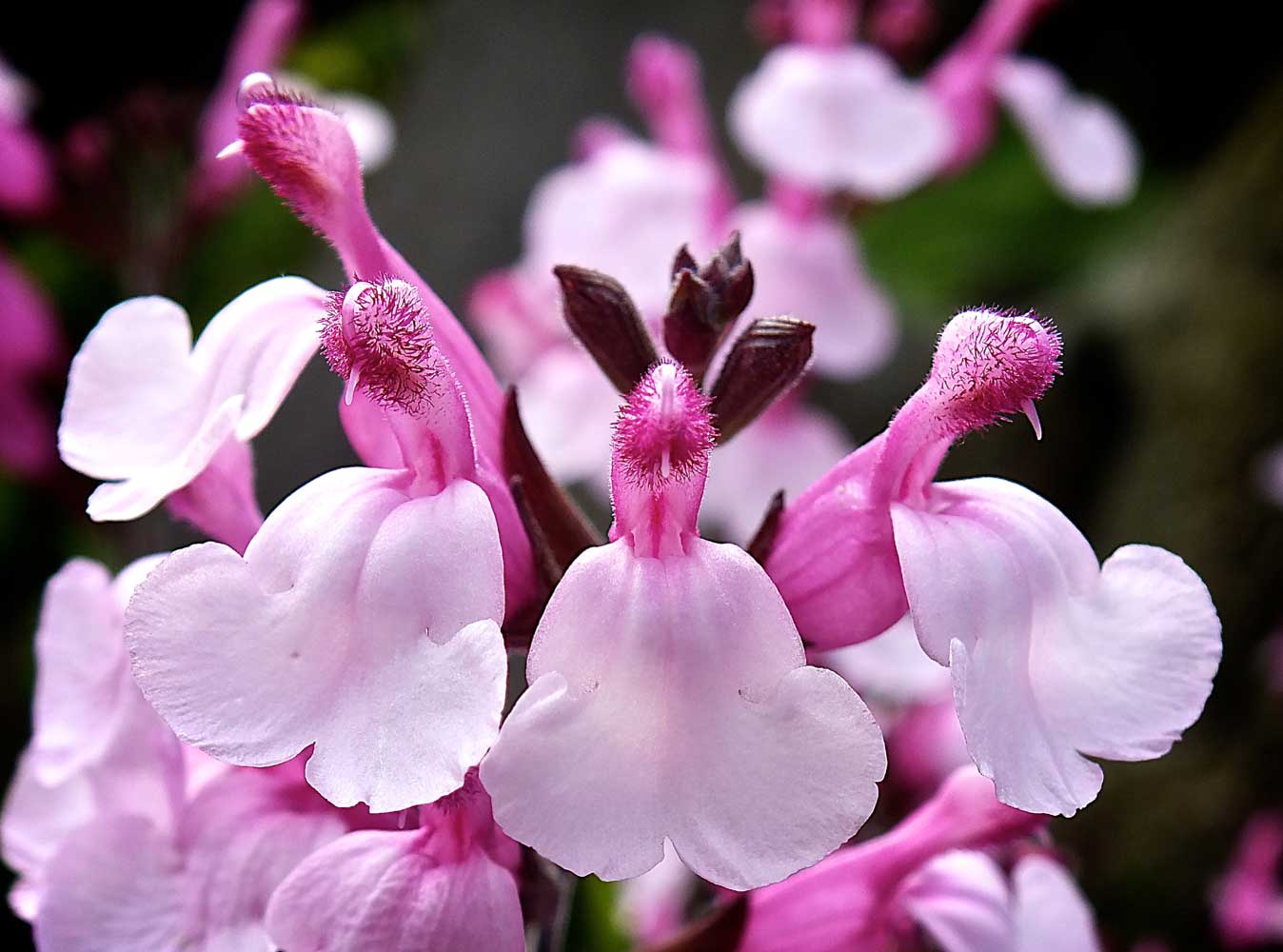 Salvia ‘Sunset Strip’ is a real show stopper, if you want something bold and has that tropical feel then this is the plant to have ! Has great warm colour tones of deep red to almost peach, flowers are large and when planted in large containers with the right combination of silver foliage and white flowered subjects makes this a hot Sassy combo that will grab anybody’s attention !!

More of these new hybrids in both of these genera are being released each year as they have completed rigorous testing in the trial gardens at New World Plants so watch this space as more exciting introductions come along ! 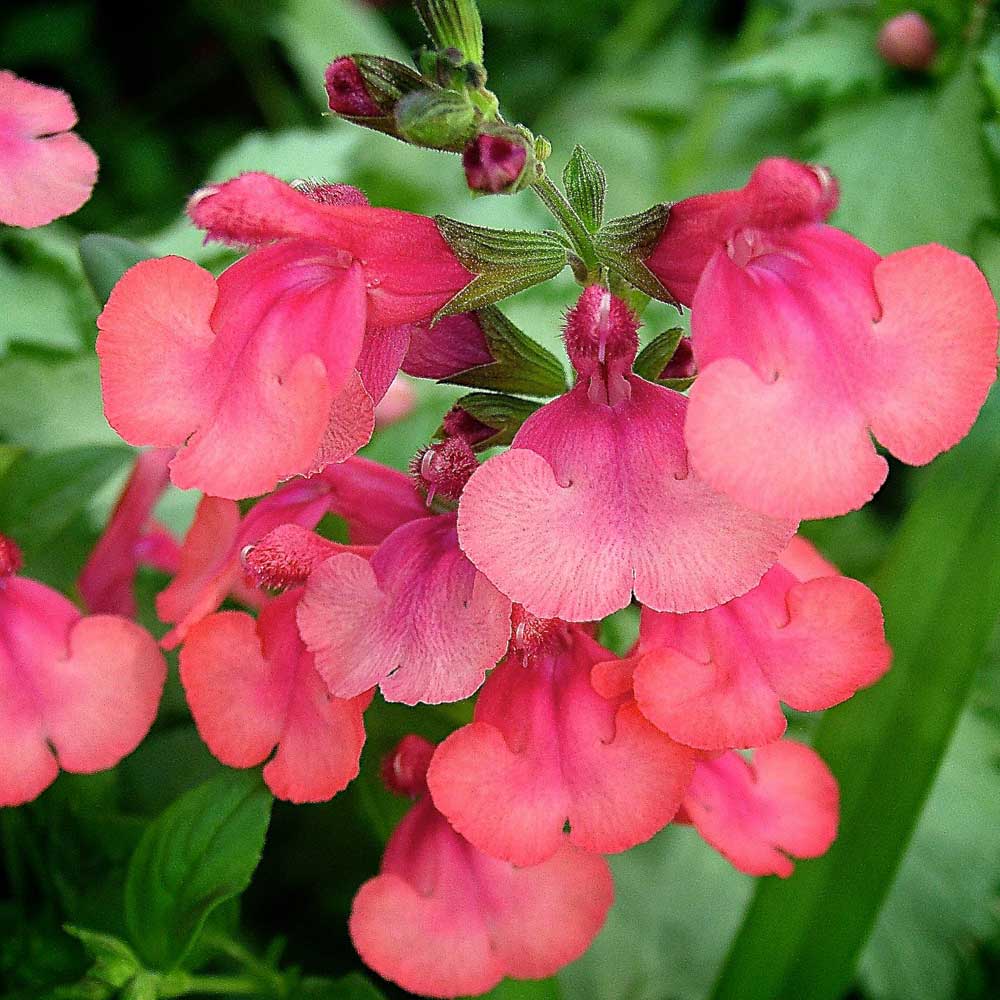 More of these new hybrids in both of these genera are being released each year as they have completed rigorous testing in the trial gardens at New World Plants so watch this space as more exciting introductions come along !

For more information visit
www.new-worldplants.com
Where the Future is Growing
NWP is a strictly wholesale only nursery 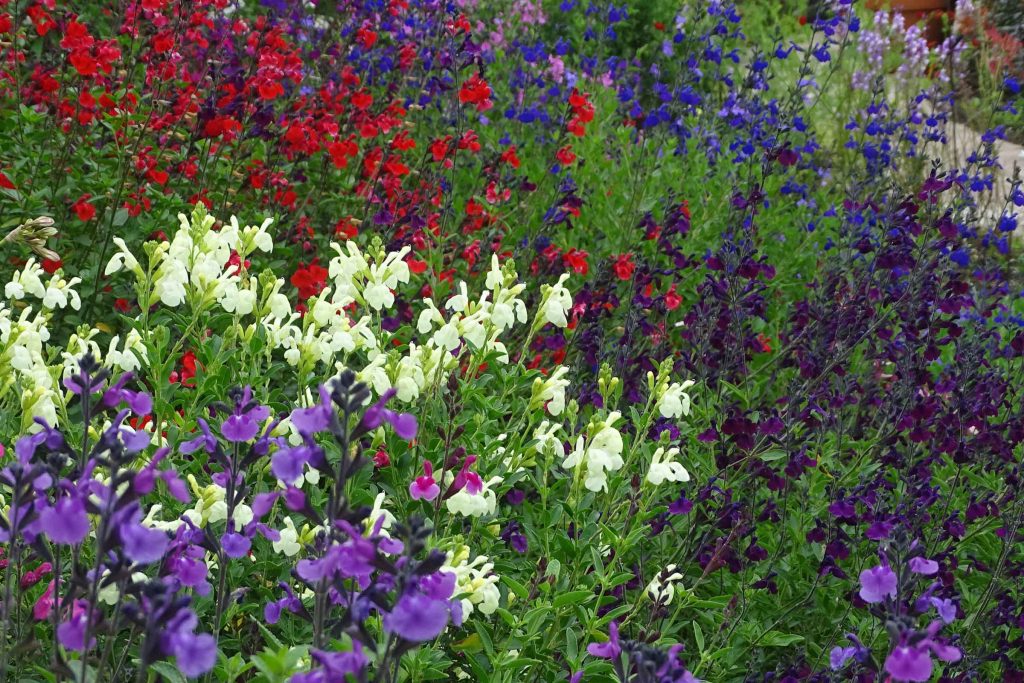 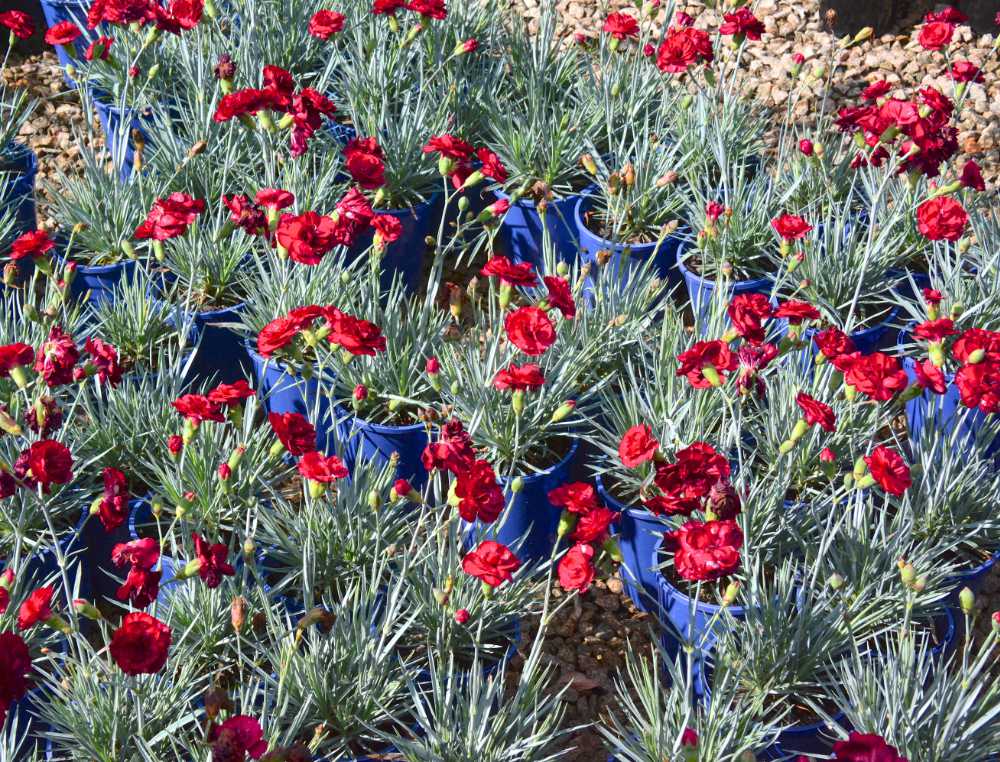 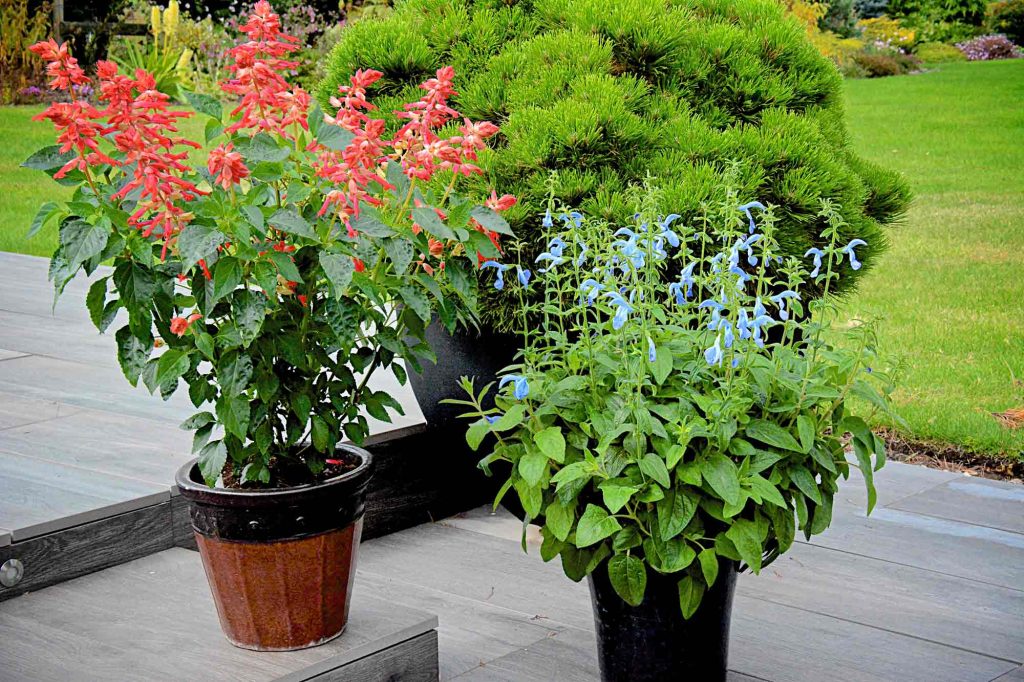